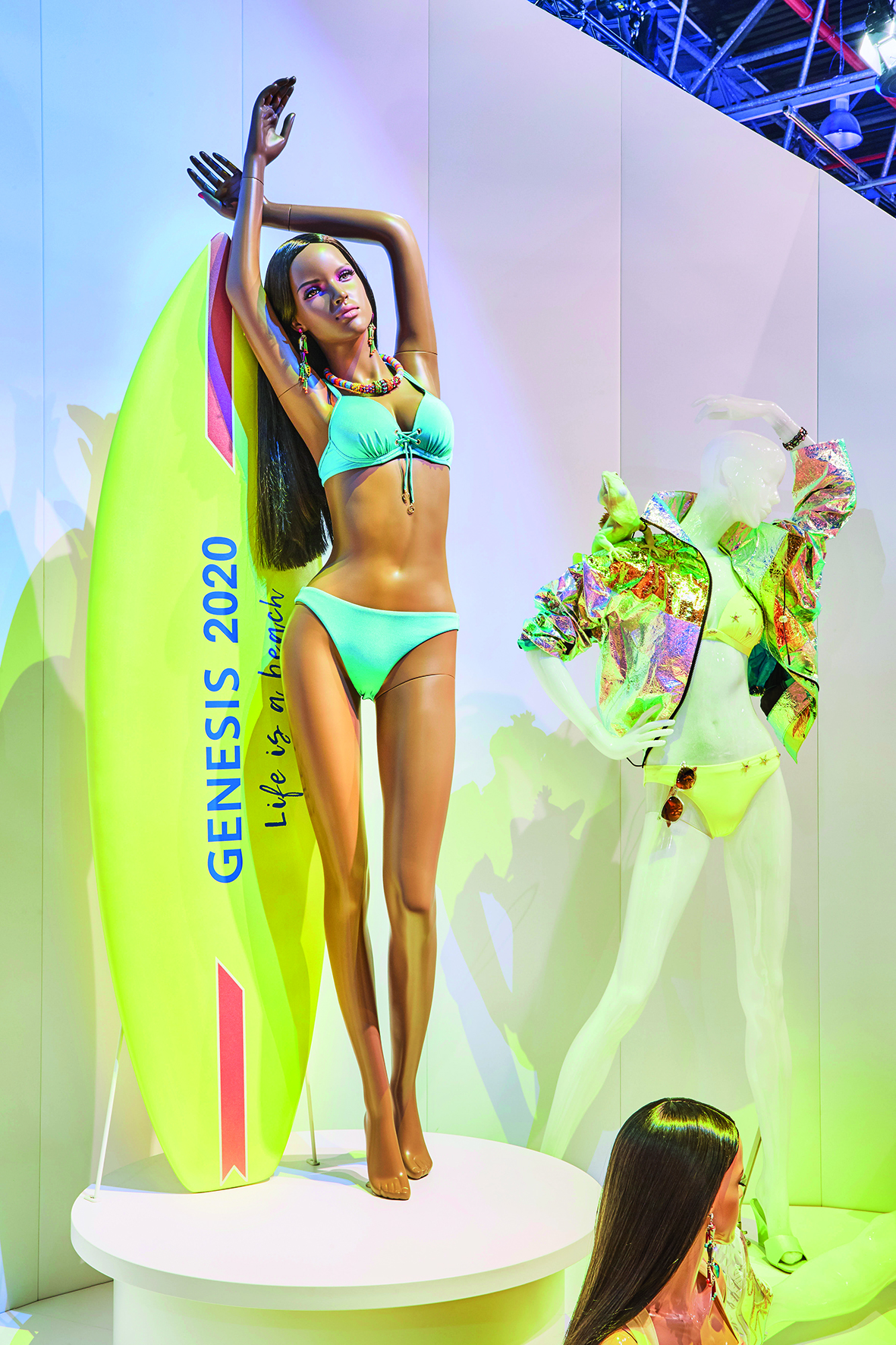 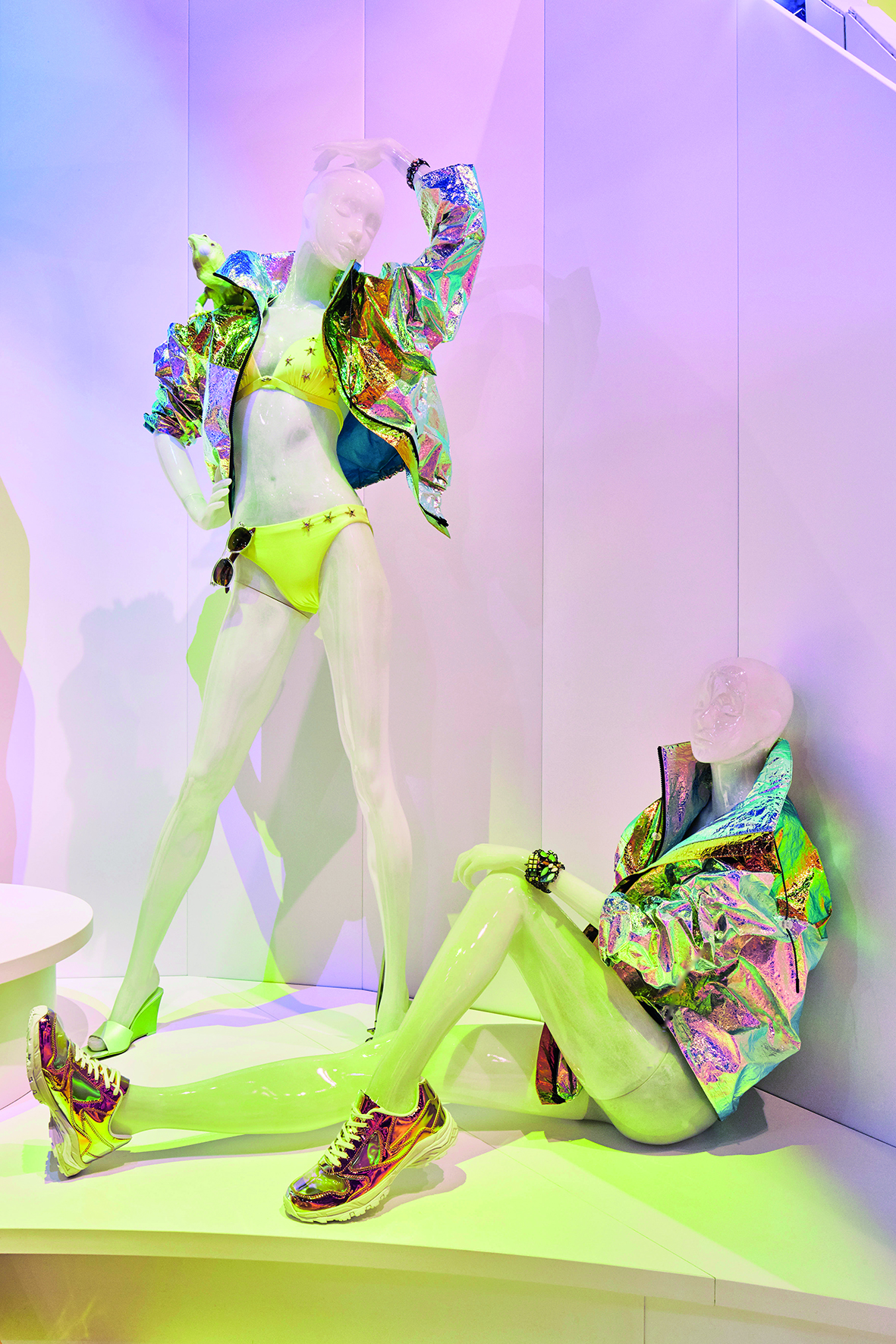 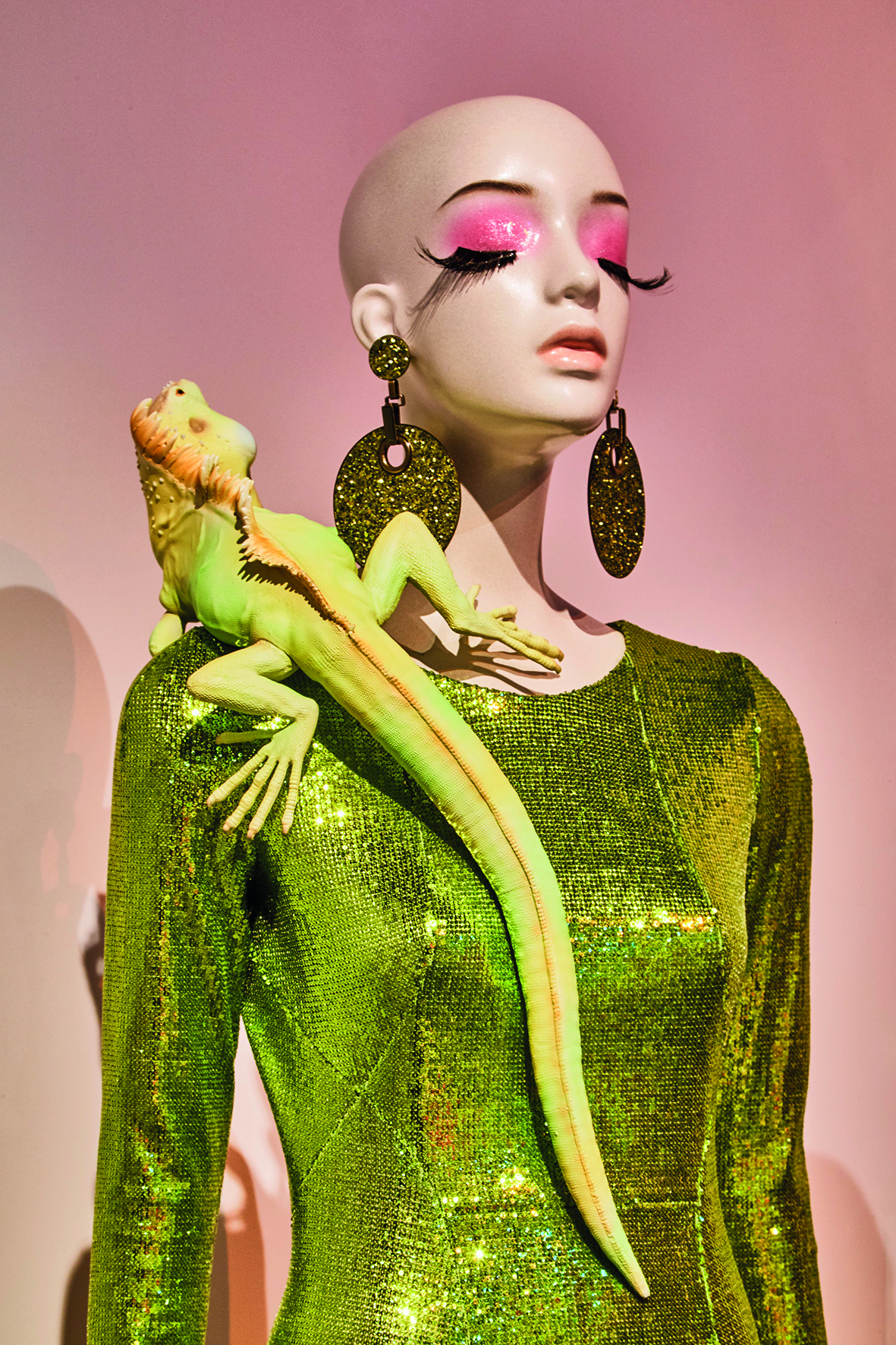 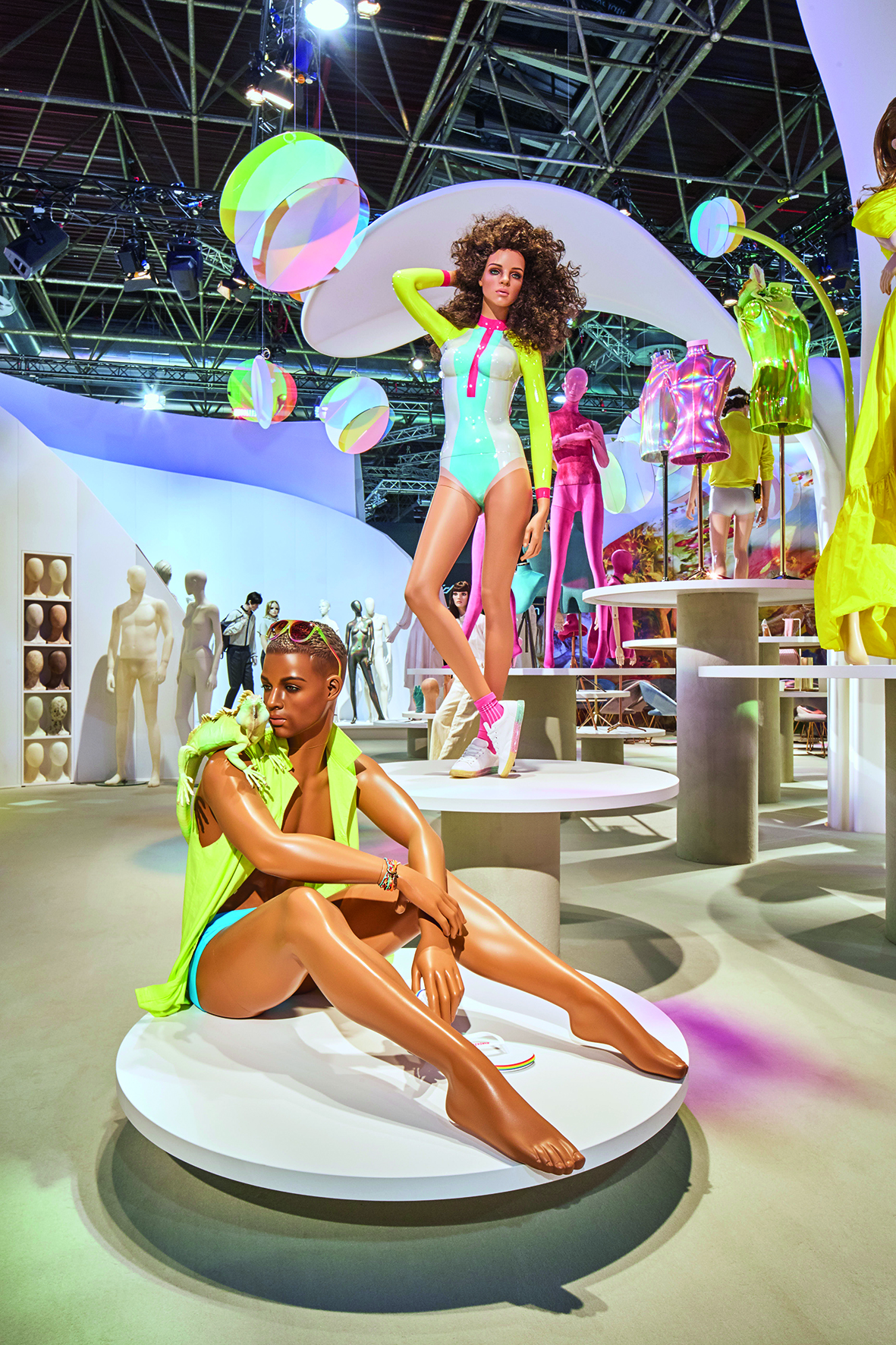 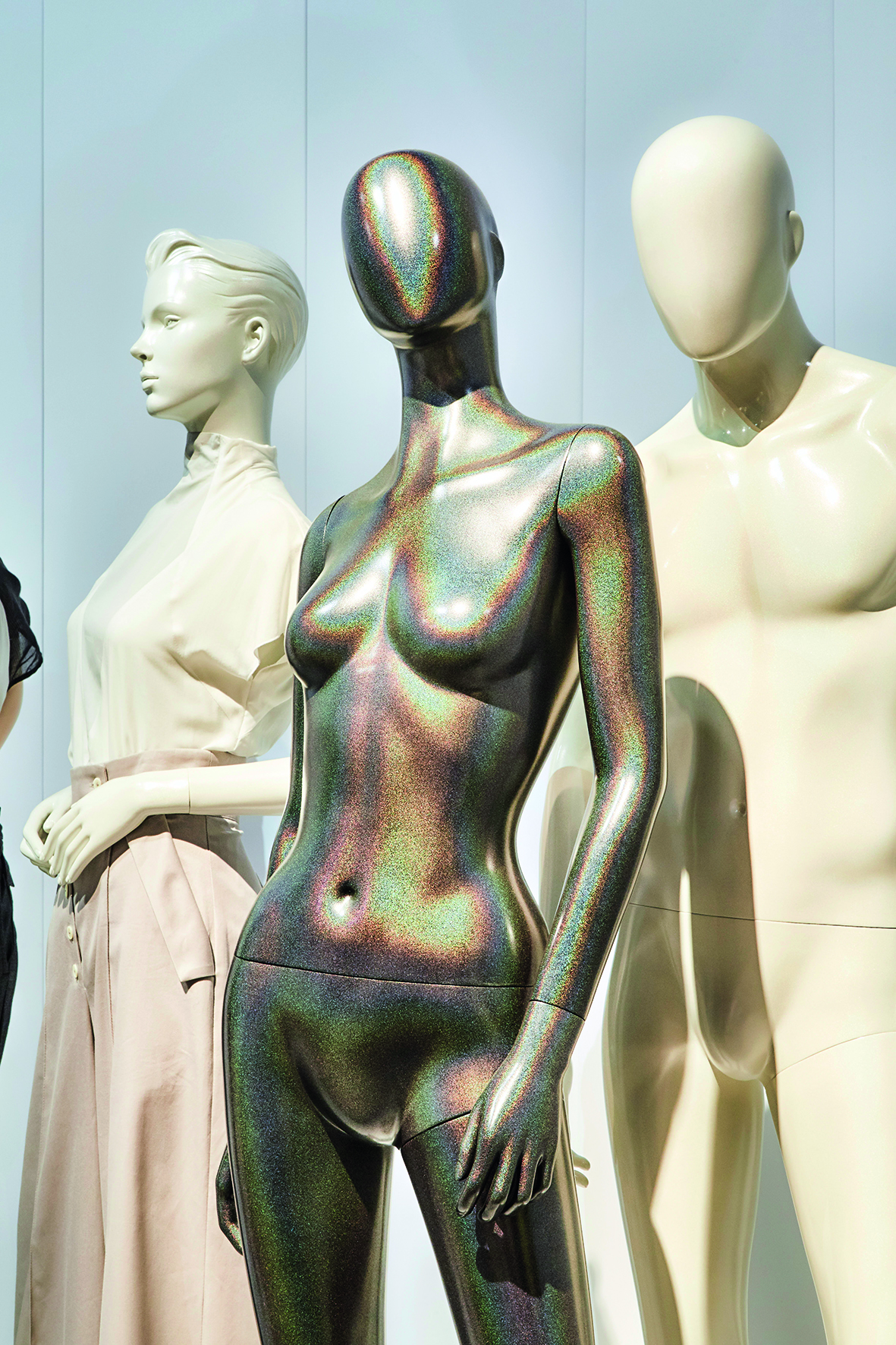 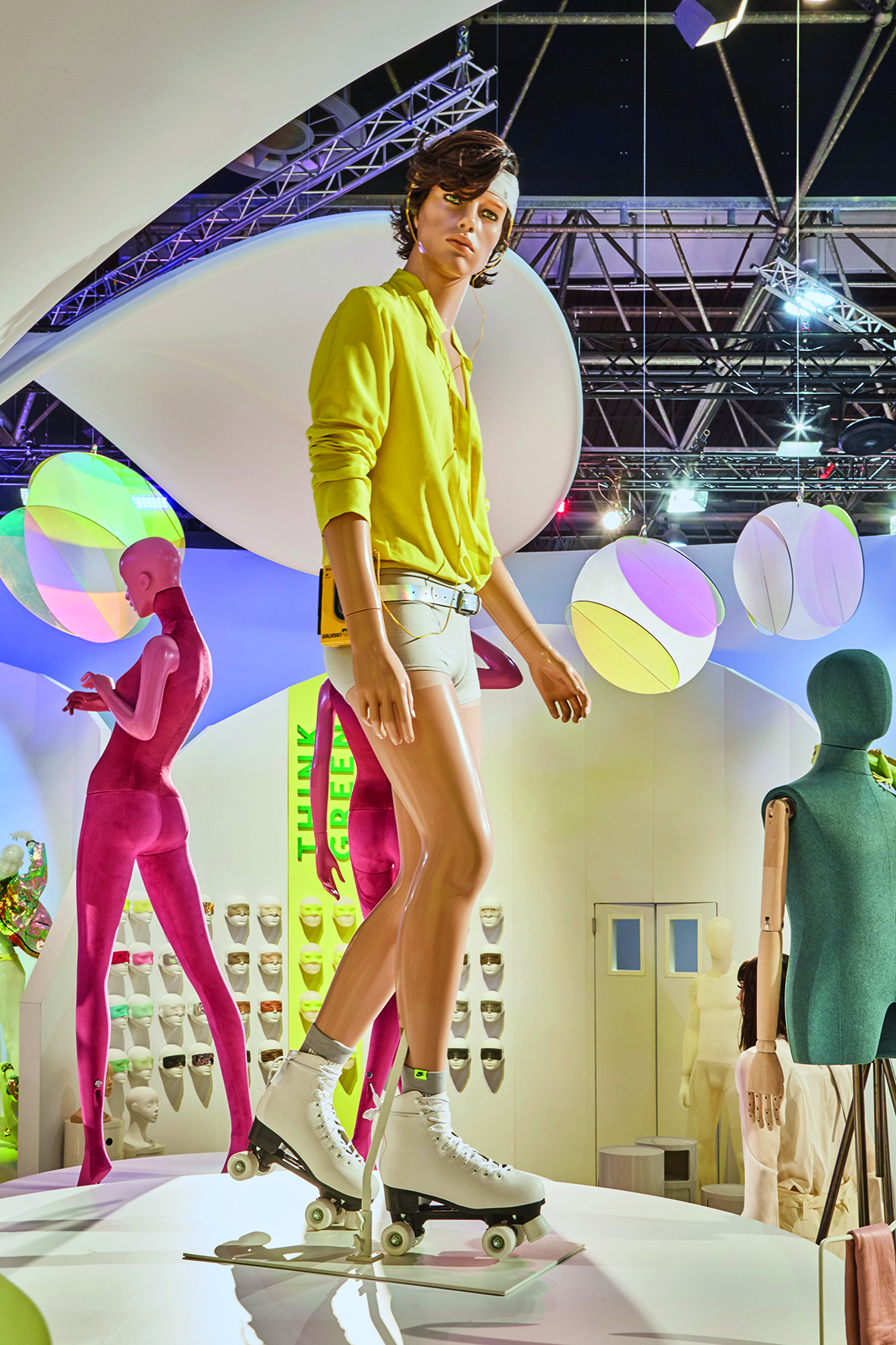 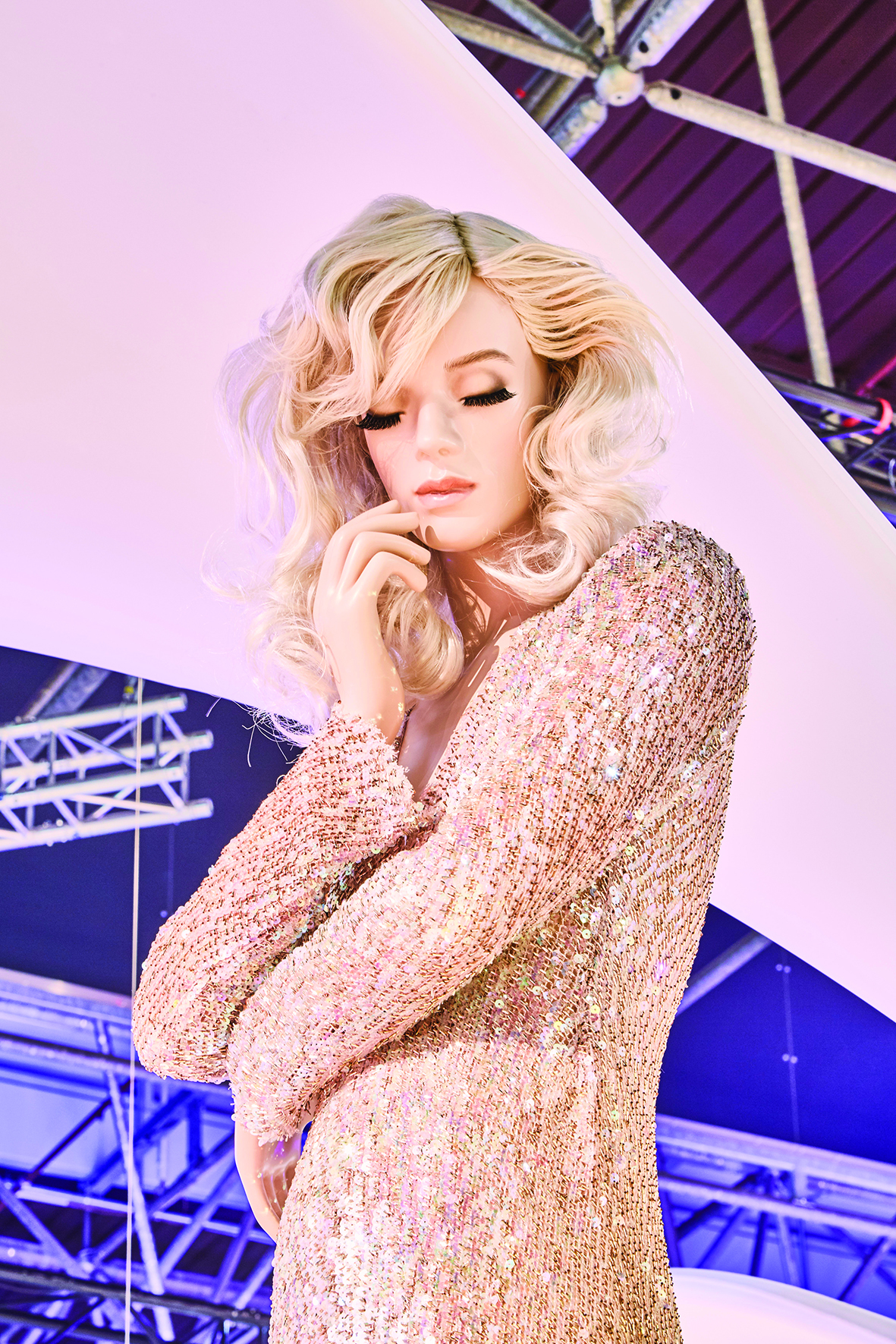 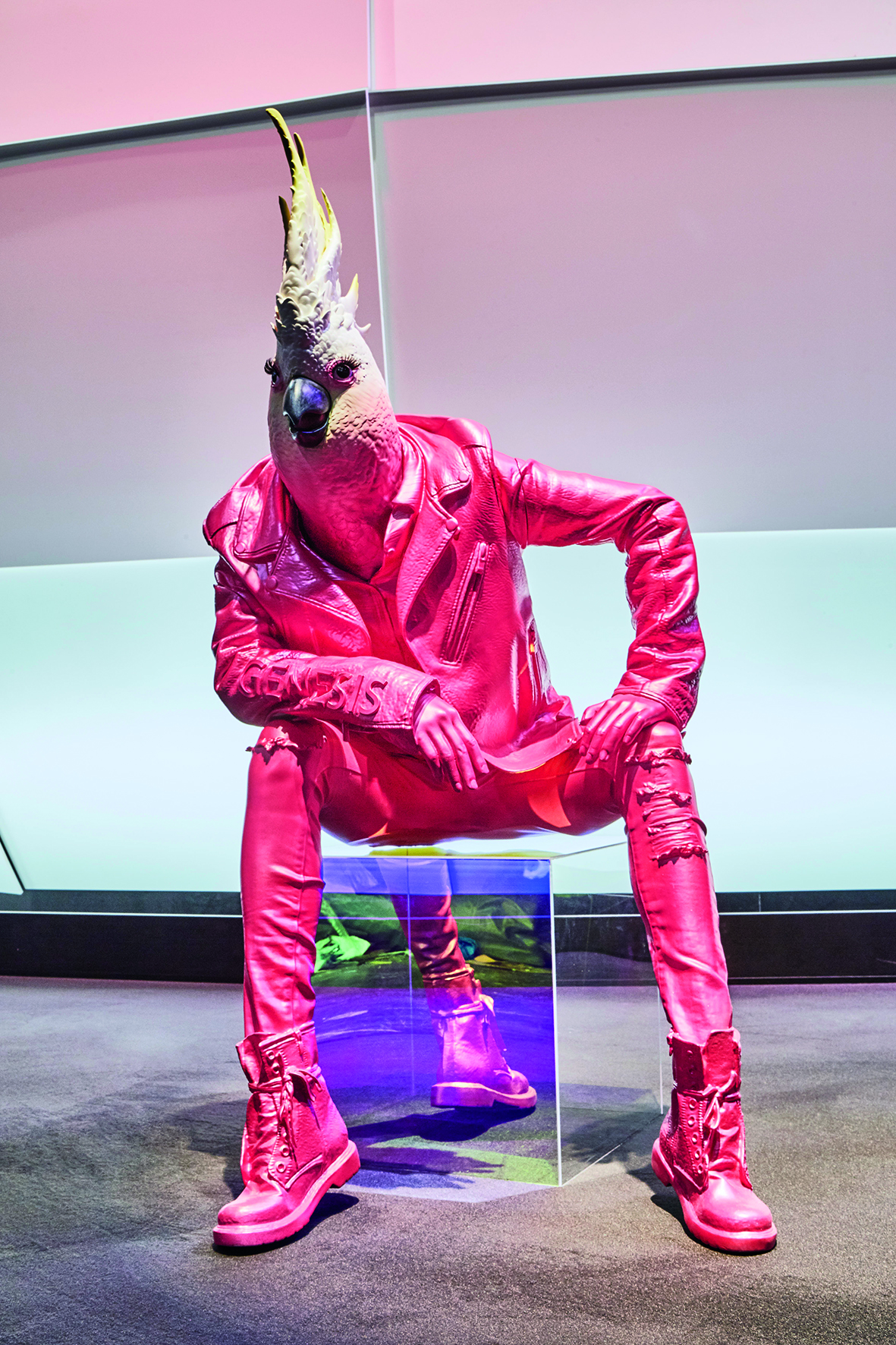 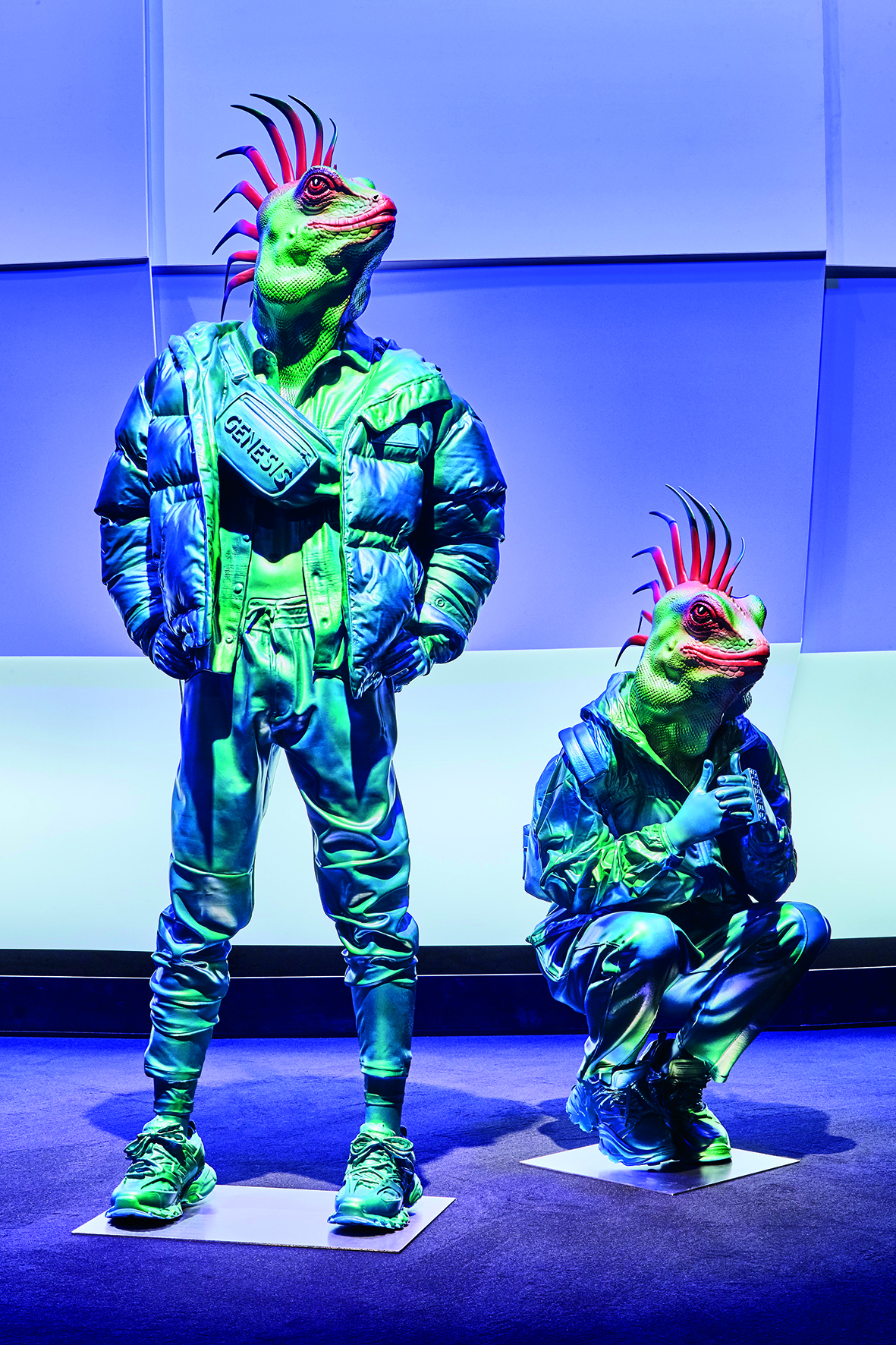 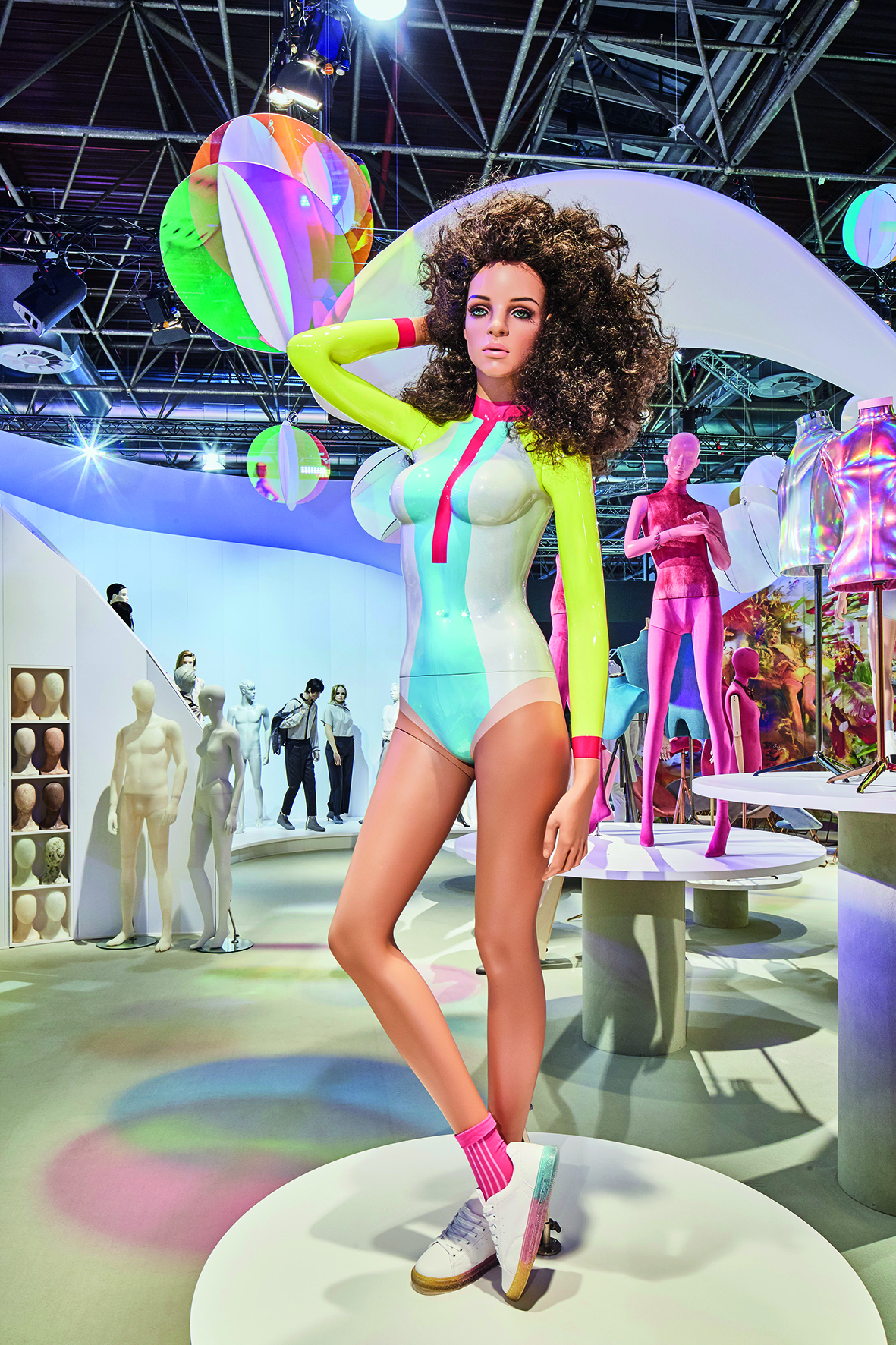 The GENESIS MANNEQUINS booth was probably one of the most striking ones at this years’ EuroShop. On an area of about 500 sqm the international mannequin producer showed his entire range of creativity and innovation, and inspired more than 6000 registered visitors.
GENESIS’ aim was to whisk the visitors away from everyday life and encourage them to encounter the current developments in the retail trade with imagination, creativity and positivity. A brightly illuminated, more than 5 m high arena provided the framework for a colorful and imaginatively created world, which invited to pause and to dream. In the center a gigantic abstract flower as a sign of life and creativity with rising iridescent pollen carrying the creative ideas over the booth to the five circularly arranged stages where GENESIS’ latest mannequins were presented. Each stage was the scene for a different story – a perfect demonstration of the storytelling, which is nowadays so important in Visual Merchandising.
GENESIS introduced six new mannequin ranges, which – with various colors, materials and finishes - showed a wide spectrum of options for customization. Besides velvet covered busts and abstract mannequins with iridescent finishes this year’s special theme was Diversity, which fascinated the visitors: the realistic mannequins were shown in various skin tones, Plus size mannequins were integrated within the individual groups and even a gender neutral mannequin was shown in the style of Andrej Pejic.
Particular highlights however were 3D printed mannequins with oversized animal heads and detailed printed clothes. Sprayed in metallic colors, they were an absolute major attraction. These extravagant mannequins encouraged numerous visitors to take unusual selfies so that the GENESIS booth was posted several hundred times on Instagram and other social media channels already during the EuroShop.
Highly coveted iridescent bags, matching the colorful world of the exhibition booth, were given to customers, carrying the positive motto into the whole exhibition.
In collaboration with Ulf Treptow, an architect from Kiel, designer Domagoj Mrsic and the trade fair construction team of BOOM! Event, GENESIS succeeded in creating a magnificent show thus making a lasting impression on the visitors from all over the world.